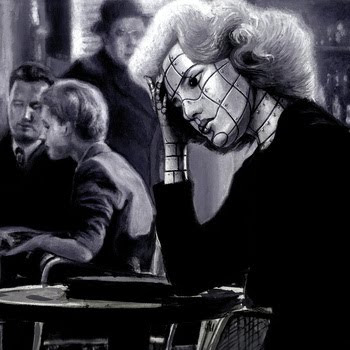 Oh look its one of my Fav Producers and one of my Fav MCs working together. another
dope single from the infamous DELA (Beatfanatic!) from the "Translation Lost" lp. lets see what D's gotta say about it:
"Made this one around Feb 09 too. I had actually sent another beat to Blu (that I later reworked & used for a "I Will" remix). He wrote to it but on second thought he was like naah I don't know about this one. So I sent another beat and he sent back the recorded joint a few hours later. Initially it was one long verse, but I HAD to add another hook right in the middle because I thought it sounded so dope. I couldn't find the right spot to cut the verse so ended up doing it cassettewalkmanwithnomorebatteries style."_Dela